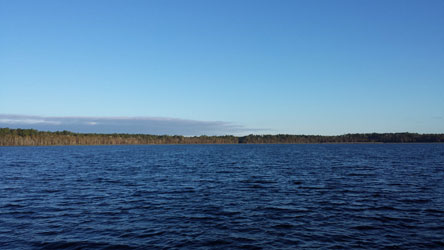 Lake Butler is located in Union County and is approximately 420 acres in size. Like many Florida lakes, Lake Butler was formed by solution of underlying limestone with concentric elevation contours. Maximum water depths of almost eleven feet are possible during high water events, while low water conditions result in a maximum lake depth of approximately six feet.

The lake discharges by means of a canal. Discharge from the canal flows through a succession of culverts flowing through lands utilized for pasture and pine plantations. The canal then intercepts Richard Creek, and finally proceeds southward approximately five miles to its confluence with New River. There are various recreational opportunities on Lake Butler. Lakeside Park is located on the south side of the lake with pavilions, a swimming area, and a boat launch. Large Mouth Bass are prevalent in the lake with a peak season between February and April. The Hal Y. Manies Community Center also sits on the south side of the lake next to the park with a scenic view of the lake.

The final technical reports and peer review document for the Lake Butler MFL are available for download: 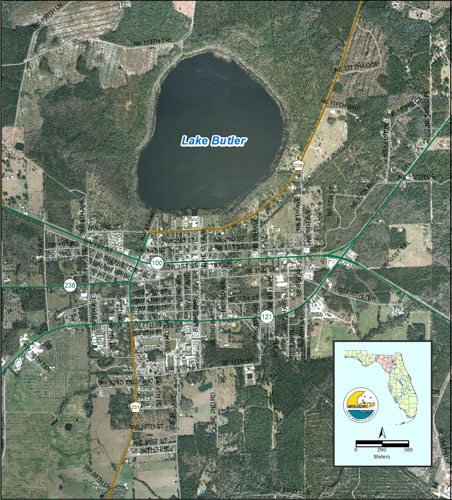